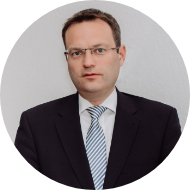 In the test case conducted by our law firm on behalf of a group of Polish transport companies regarding refunds of the HGV toll charged by the Federal Republic of Germany in breach of EU law, oral proceedings continued before the Higher Administrative Court (OVG) in Münster (case no. 9 A 118/16) on 30/11/2021. We would like to take this opportunity to thank Professor Dr. Alexander Eisenkopf from Zeppelin University in Friedrichshafen for his excellent, committed cooperation, supporting us by providing an expert opinion and acting as an expert advisor during the oral hearing. After more than five hours of oral proceedings, the ninth senate of the OVG issued the appeal judgment on 30 November 2021. The judgment is not yet legally binding. As the OVG in Münster has ruled out an appeal, both parties may only challenge the judgment by appealing against the refusal of leave to appeal. The most important decisions taken by the OVG are set out below:

European interest as a “game changer”
The ruling on European interest rates is a game changer for the applicants for toll refunds, regardless of the period in question. In the firm belief that the absence of a national legal basis meant that it was not obliged to pay interest on refund payments in the period between payment of the toll and the refund, the Federal Government has so far chosen to employ delaying tactics in implementing the ECJ ruling of 28/10/2020 (C-321/19). For example, refunds of the portion of the costs relating to traffic police was limited to the period from 28 October to 30 September 2021 under the pretext of highly questionable legal arguments. The expectation was that, in this way, as many claims as possible would become time-barred and the applicants would be worn down by the passage of time. This strategy has now been thwarted by the OVG judgment. In any case, waiting for the refund process to lapse is likely to cost the taxpayer dear, as it can be assumed that there will be approximately 36,000 applications for the new time periods alone, amounting to an estimated total refund total of approximately €1 billion and annual interest of approximately € 50 million. If the legal process is exhausted (appeal against the refusal of leave to appeal, appeal, possible referral back to the court of appeal), a further five years of proceedings should be expected, during which time the interest for this period alone is likely to amount to half of the losses created by the vehicle toll.

In addition, from a political perspective, the new government should have little reason to hold itself hostage to the legacy of ex-Minister Scheuer and his predecessors. Instead, from now on, every cent in new interest will be the responsibility of the new government.

Consequences of the judgment for the toll refund claims from other periods
The judgment relating to interest under European Union law and the test case being brought before the Administrative Court of Cologne by our law firm for the new periods (2016-2020), which has been pending since 1 December 2020 [case no. 14 K 6556/20], means that, in our opinion, it is currently not necessary to bring the claims for the later periods to court. Instead, it should be possible to rely on interest to be paid under European Union law while waiting for the test case for the later periods.

However, caution should be exercised when using the refund portal created by the Federal Office for Goods Transport for the period 28 October 2020 – 30 September 2021. It has no provision for choosing a full refund. It should particularly be noted that, when this article was written, it was still not possible to claim interest under European Union law. We therefore advise against using the portal.

The limitation period is due to end soon
However, in order to benefit from the hiatus in the limitation period, it is absolutely necessary to make claims for toll refunds for the period from 2018 before the end of this year. The same applies to interest under European Union law.

With eight years’ experience of toll test cases, we are at your disposal as a qualified partner to pursue your claims.